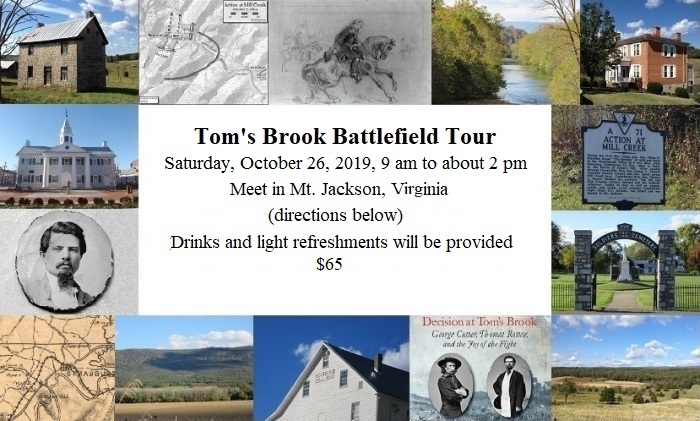 Young Gen. George Armstrong Custer was in top form on October 9, 1864, when he led his Third Cavalry division against his West Point friend Gen. Thomas L. Rosser. Two hours of cavalry combat on the banks of Tom’s Brook led to a 26-mile running fight that the Federals ever afterward called “The Woodstock Races.”

A century and a half later, we lead a very limited number of tours in which we take small groups of history lovers to stand on those same hills and ridges and walk over that same terrain where the soldiers fought.

We prefer to keep our tours on the small side and to travel in touring vans rather than in a large bus. Though we use 12-seat touring vans, we limit registrations so that no vehicle carries more than eight (8) guests. We offer only two public Tom’s Brook tours each year— one in April and one in October near the anniversary of the battle.

At our assembly point in Mt. Jackson, everybody receives an information packet including detailed maps. In our touring van we travel a 62-mile route off the beaten tracks through the famous farmland that made the Shenandoah “the Breadbasket of the Confederacy.” We use only historic roads in following in the hoofprints of the cavalry columns.

Anyone interested in history, personalities and great scenery. We focus on the story and the people behind Tom’s Brook. We explain what happened, but we are more interested in why and how things happened. Some ideas we talk about include:

All participants must consent to a STANDARD LIABILITY WAIVER.

“One of the most educational and enjoyable days I have ever spent on a Civil War battlefield was when Bill Miller was our guide at Tom’s Brook. His expertise and his engaging personality made it an extremely memorable occasion.” 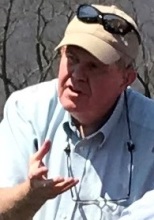 A former teacher, Bill Miller has led battlefield tours for the National Park Service, the U.S. Marines Combat Development Command, the Civil War Trust, the Shenandoah Valley Battlefields Foundation, the University of Virginia, the Civil War Society and many other groups. He has been active in historic preservation for more than three decades. His book telling the Tom’s Brook story was published in June 2016. He lives in the Shenandoah Valley.

Two Registration Options:
Seats are limited to eight (8). Pay for your seat now via PayPal, and it will be reserved immediately:

Option 1: Yes, please register me for ONE SEAT on the October 26, 2018 tour at the regular price of $65. I understand that I can cancel my registration for a full refund before October 20, 2019, but cannot receive a full refund if I cancel on or after that date. See our refund policy below.*

Option 1 = Just one seat for the Tour

Please give us your contact information below. We must be able to communicate with you by email.

Don’t use PayPal? You can make your reservation for single or multiple seats with a check for $65.00 per seat payable to:

Ask about our student discount.

Option 2: Yes, please register me for TWO SEATs on the October 26, 2019, tour at the regular price of $130. I understand that I can cancel my registration for a full refund before October 20, 2019, but cannot receive a full refund if I cancel on or after that date. See our refund policy below.*

Option 2 = Two seats for the Tour

Please give us your contact information below. We must be able to communicate with you by email.

Want More Than Two Seats? Just send us an email, and we will make things easy.

We support battlefield preservation! We donate a portion of every registration for a Tom’s Brook tour to The Shenandoah Valley Battlefields Foundation.

*Refund Policy: We will issue a full refund up to 7 days before the tour. After that date we cannot offer refunds. If a registrant discovers he or she cannot make it to the scheduled tour, we want to try to work things out satisfactorily and so offer two additional possibilities. First, we will simply offer the registrant a confirmed seat on the next scheduled tour (regular tours in October and April). The second possibility is that we will work with the registrant to arrange a private tour for him or her (and a guest at no additional charge).

How to Get There

5304 Main St, Mt Jackson, VA 22842 before 9:00 a.m. Mt. Jackson is 90 miles west of the Capital Beltway via interstate highways.
Directions: From I-81, use Exit 273 (Mt. Jackson-Baseye). At the top of the ramp, turn east (toward the Sheetz truck stop) on Rte. 292 (Mt. Jackson-Conicville Rd.). Proceed past the Sheetz and down the hill to the junction with the Old Valley Pike (Rte. 11). Proceed straight across the Valley Pike into Mt. Jackson Center shopping plaza. As you enter the plaza, you will pass the small “First Bank” on the right (5304 Main St.). If you see a Food Lion across the parking lot to your front, you are in the right place. Once in the lot, bear right. We will assemble on the west side of the parking lot just behind the First Bank (closest to the bank and farthest from the Food Lion). According to Google Maps, the assembly point is at 38.758857, -78.628588.

Comments from Guests on Previous Tours

“In April 2015 and a year later in April 2016, some friends and I had the opportunity to have Bill Miller guide us over the Tom’s Brook battlefield. Although I had taken other tours, Bill’s was the best.  The sites he selected for his presentations of the battle were excellent.  His analysis and clear explanations of both the phases and leaders in the fight gave me a much better understanding of the battle.  They were great tours.”

“The size of the group was good – big enough for variety but not so much to get lost in the crowd.”

“The sequence of the tour stops was perfect starting with the burning at Meem’s Bottom and following the cavalry north made understanding the action much easier.” 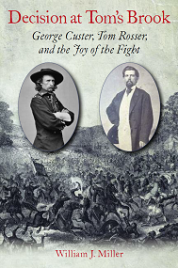 Want to learn more about Tom’s Brook before the tour?

Decision at Tom’s Brook: George Custer, Thomas Rosser and the Joy of the Fight by guide Bill Miller 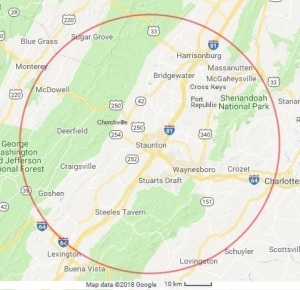 We lead Civil War history tours in the Shenandoah Valley and beyond. We operate seven days a week out of beautiful Staunton, Virginia.

The images on this site are intended to convey only the nature of our tours and in no way do these images imply the endorsement of our tours by the people shown.